Seventy percent of Malawians live below the international poverty line of $1.90 per person a day.   Therefore for the vast majority of the population, life is hard every single day.  I do not understand those who say those who are poor are so because they are lazy.  Here I meet so many people who work really, really hard yet find themselves just keeping their and their families’ heads above water.

Located in Area 4, close to the center of the oldest part of Lilongwe, is the “Old” Chipiku supermarket.  It is called the “old” one to differentiate it from the newer one found in the center of the Old Town.  It’s chaotic parking lot is half dirt and half chewed up asphalt.  At the far end of the parking lot are a few large trees where the fruit sellers have set up their makeshift selling center.  They are not the only fruit sellers in town of course, there are plenty of corners and parking lots where fruit sellers may congregate, but I have found the largest concentration to be at the Old Chipiku.

These are young guys.  They range in age from 20 to 32, and most of them have sold fruit the majority of their adult lives, some even starting as children.  They work from 6 AM to 6 PM, seven days a week.  They have little to no time for hobbies.  Most live in either Area 36, the outer part of Lilongwe proper or in Bunda, rural Lilongwe.  It costs between 500 and 1000 Malawian Kwacha (MWK) (68 cents to $1.37) one way for them to get from home to work.  They live with their mothers, their wives and children, or on their own; none of the wives work.  Housing costs range from free to 8000 MWK ($11.00) a month.  Each week they clear on average 5000-6000 MWK ($6.85 – $8.22).  So although these young men work twelve hour days, 84 hour weeks, they live below the international poverty line.  They do not dream big, they just want to live a bit better, have more stability, and regular income.

We talked in English although the majority do not speak it well, just enough to make a sale with English speaking customers.  Those who could understand and speak better assisted with Chichewa-English translation.

Steven is 22 years old.  He lives with his mother in rural Lilongwe.  One of five children, he has been selling fruit since 12 years of age, for ten whole years.  Basically since he left primary school.  When asked about his hobbies, he was at first very confused as he doesn’t have much free time with twelve hour days and an hour commute each way.  Pressed, he revealed he enjoys playing football (soccer).  If he could do anything else for a profession, he would like to be a mechanic. 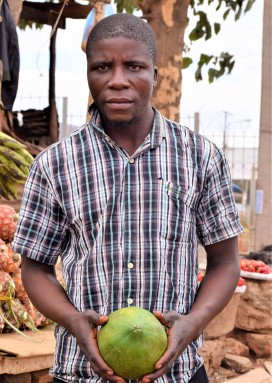 Though he looks older, Leonard is only 21 years old.  Not only that but he is married with two children, one six years of age, the other, one.  He usually sells papaya, but when it is not in season he works on his mother’s farm; she grows groundnuts (the groundnut production in Malawi happens to be dominated by female-headed households).  One of seven children, with three brothers and three sisters, his parents could not afford his school fees, so he only finished two years of secondary school.  He also enjoys playing football in his little free time and would also like to be a mechanic.

Willard is 32 years old, married with two children.  He has been selling fruit for 17 years!  Willard has a certain aggressive, but charming, method to approaching customers.  It must work as among the fruit sellers interviewed, he reported the highest weekly profit – 20,000 MWK ($27.40).  In his free time he not only plays football but also makes wood furniture.  If he had the money he would like to become a driver and build his own home. 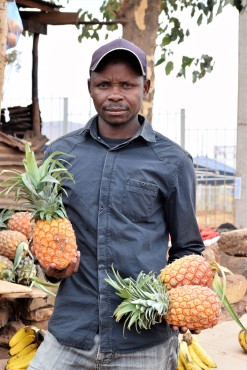 Ishmael is 25 years old and has been selling fruit for 12 years.  Originally from Mangochi, he lives in Area 36 with his younger brother.  He is still single because, he says, he is just not ready to settle down.  He too enjoys playing football, but if he were to have another job, he would like to be a “big businessman,” though the type of business does not really matter to him. 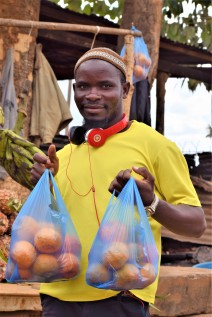 Also from Mangochi, Ibrahim is 28 years old and has spent the past seven years selling fruit.  He was the only Muslim among those interviewed, which matches the approximate 15% of the population who identify as Muslim.  He is single and lives alone in Area 36.  He only finished primary school, but has dreams of being a mini bus driver. 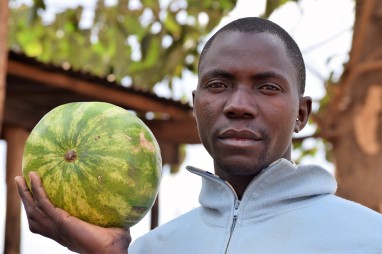 Saidi is 30 years old, married with two children.  He is fairly new to fruit selling, having only been doing it for three years.  Previously he grew cotton on his own plot in Mangochi.  In Malawi, cotton is primarily grown by smallholders in the south of the country, but the industry had not been doing well the past few years.  He wishes he could be a freelance mechanic — he wants to take work when available and set his own hours but have better pay.  In his free time he plays “draft” or draught, the British word for checkers.

Zachias is a 28 year old from Zomba.  He only finished primary school.  Previously working as a manual laborer, he has only been selling fruit for three years.  He is married with three children.  They live together in a single small apartment, what they all referred to as “boys quarters,” with one bed for 2,500 MWK ($3.42) a month.

Onesmo is 25 years old and has been selling fruit for five years.  He is originally from Zomba, in south-central Malawi.  He is married with two children.  Like the majority of the fruit sellers he only finished primary school because his parents could no longer afford the school fees.  (Although free primary education – through the first eight years – was introduced in Malawi in 1994, but secondary schools charge fees).  If he had the chance to do anything else, he would like to be a mechanic.  He said he had no hobbies other than praying. 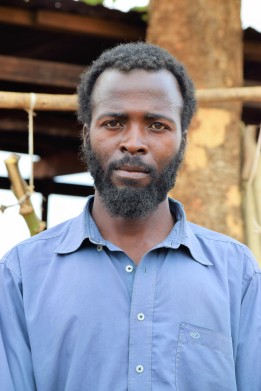 Levy is 31 years old.  He seemed the most serious and educated of the group.  Born in Chiradzulu, in the south-west of Malawi, he nearly finished high school when his parents both died in quick succession from an illness he would not name.  With four brothers and three sisters, he had to make a living somehow and packed up his bags and came to Lilongwe.  That was 11 years ago and he has been selling fruit ever since, now supporting his wife and two children.  He would really like to sell a durable good.  Selling fruits is inconsistent, they spoil quickly and there is no guarantee each day how much will sell.  Cell phones seem like a safe bet for him.  In his free time he enjoys playing “draft.”

*Francis is 31 years old.  He is married with two children.  Unlike many of the other sellers, he has only been in Lilongwe for three years, and only selling fruit for a year and a half.  Previously, he sold hardware but changed to fruit because he makes more.  Before Lilongwe, he was one of Malawi’s many smallholder maize farmers.  In 2015 periods of drought and then severe flooding led to a sharp decline in maize production.  He would also like to be a driver so he could earn more.  Since he has a history of steadily moving into better paying jobs, of all the men I interviewed I believe Francis just might get there.  Francis is the reason I wanted to do this photo-story series.  He is my go-to fruit guy.  He always has a smile on my face.  The day I went to visit the fruit sellers for photos and interviews, Francis had left early to return to Mulanje to bury his mother.

During the interviews the atmosphere was jovial. These men were eager to share their stories and have their photos taken.  They joked and laughed and their spirit was infectious.  But later I felt a sense of anger and sadness overcome me.  The stories so depressingly similar, the dreams so simple, yet deceptively so as they are, for the most part, unobtainable.  My privilege so glaringly obvious as the groceries in the back of my car cost twice their monthly take home.   At 2000 MWK a pop, I had spent 16,000 MWK just on eight bottles of flavored water, what they might net over two and a half weeks.  And I am very aware that my posts on Malawian life are uncomfortably juxtaposed with my vacation and travel posts–activities so far out of the reach of the average Malawian.  These are but some of the faces of Malawi.