The food (in my cabinets) is no longer interesting.

I have zero interest in my clothes.

Retail therapy cannot help me anymore as I have stopped making purchases.

Welcome to that time when the move is soon, but not really all that soon.

I am not a fan of this time; it makes me uncomfortable.  I do not feel like I have free time — because all the time I think I should be doing something to prepare.  I feel as though my life is divided into segments:  work (yes, I have to keep doing my job but also wrapping up work-related projects), preparing the logistics of the move, sorting through our things for the physical move, hitting the bucket list hard, and sleep.  The last is the hardest to do because if I am not doing one of the other things then I am thinking about doing them. 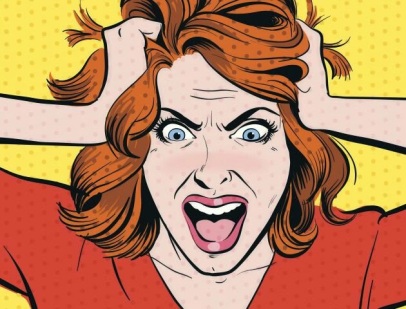 In the last 45 days or so I have made real headway on some big and some small projects.  I made several hotel reservations for during home leave and purchased our tickets to Disney World.  I completed two really large personal projects — finally moved the last of my photos to a file hosting site in The Cloud and put together a photo book for C’s 4th year.  If you have ever made a photo book in your life then right now you are shaking your head in wonder at my incredible ingenuity completing it in just a few weeks.  Seriously. I am amazing.  My taxes are done.  So is a huge nine page document I prepared for my supervisor on my work accomplishments over the past year.  I scheduled my pre-pack out survey and pack out, requested a pay advance, filled in two departure related surveys for different Consulate offices, reserved our plane tickets as well as transport for our two cats, and wrote a recommendation letter for our wonderful nanny.  And perhaps THE MOST FUN was taking my two cats to the Shanghai Shenpu Pet Hospital to get their required-for-export vaccinations.

I wish I could tell you that I am done and for now on it is smooth sailing.

But that would be a lie.

There still is so much to do.  From completing my annual evaluation report to buying a car from Japan and shipping it to Malawi.  There is more fun with pets and export authorities still to come.  I also still need to organize childcare for when I am in training in the US and later in Malawi. And organize all our things for the actual moving day.

Every. Single. Day I try to make a decision about some item.  I use things up — the mound of foodstuffs featured previously is mostly gone. Sometimes I put an item into a suitcase and add it to the suitcase list, which is a piece of paper where I write the contents of said suitcase (I am brilliant at naming things, my cat’s name is “Cat” just in another language).  I toss things out, and, it is a bit embarrassing to admit this, I have a list for that too.  This is not an easy task by any stretch of the imagination, particularly for a child of Pack Rats.  My parents saved nearly everything.  I do not want to, but I agonize over possessions anyway.  Now it is not only my things but also my daughter’s.  Try convincing a 5 year old she does not need every drawing she ever drew or every picture she ever colored or every stuffed animal ever given to her.  I believe I have at least been successful in telling her we will buy no more here in Shanghai.  It is part of my The Best of Moving to Malawi Mix-Tape in which I regal her with all the benefits and wonders of moving to our new home.  She will go to school full time!!  (this works wonders because she is a half day student here in Shanghai and she wants more than anything to go to school FULL DAY)  She gets to decide on the theme of her new room!! (Moana.  No, horses.  No, I changed my mind, definitely Moana) We get to live where there are hyenas (Mom, do not let the cats out of the house in Malawi or the hyenas will eat them).  We will have a yard in Malawi (and she can kick the soccer ball in the house and not worry about downstairs neighbors.  She is right on not bothering neighbors, wrong on soccer in the house).  And the best of all is that there will be toys, toys, and more TOYS to be had in Malawi!  She seems to have confused Malawi with Christmas, but if it helps her to focus on our new home and not feel too sad about leaving, then I am willing to let the illusion stand for awhile.

Meanwhile I am also Shanghai bucket-listing like crazy.  Yes, I just made bucket list a verb.  Two weekends ago I reserved one night at the Grand Hyatt hotel in the Jin Mao Tower in Pudong.  The Jin Mao building is one of the tallest in the world and the third tallest in Shanghai and the Grand Hyatt is one of the highest hotels in the world occupying floors 53 to 87.  We had a river view on the 66th floor.  Wow!  The weather was pretty great with sunshine, low air quality index readings, and blue sky.  We visited the huge Century Park, strolling through blooming orchards and enjoying kiddie rides at the amusement park.  We also went to the top of both Jin Mao tower (on the 88th floor) and the Shanghai World Financial Center Tower observation deck on the 100th floor.  We went up the latter in the evening to get the bird’s eye view of Shanghai at night — C fell asleep thus enjoying one of the highest napping areas in the world. 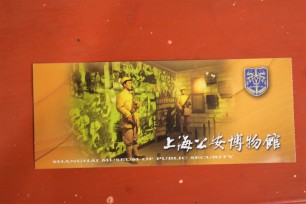 On President’s Day I visited the Shanghai Public Security Museum, reportedly the country’s first museum dedicated to policing and one of the few small museums in Shanghai open on Mondays.  This somewhat out of the way museum also appears on numerous “museums to visit in Shanghai” lists and as such made the bucket list.  It occupies the second, third, and fourth floors of what what appears to be a police building.  A uniformed policeman asked me to sign in and handed over my free ticket.  Although there was only a little English signage other than that introducing the content of each room (traffic policing, criminal investigations, domestic and international police cooperation) it was actually rather interesting.  I realize that people may call foul and say I do have the language, and you would be right, to an extent.  My Chinese long ago boiled down to little more than “why do you want to go to America?” and I have practically given up on reading.  I certainly do not have the vocabulary to read up on police procedures.  And yet, the graphic photos of a Black Dahlia-like case, a stuffed police dog, and fish sewn up with drugs inside were fairly self explanatory.

I took advantage of another beautiful weekend day in Shanghai to drag C to the Power Station of Art, a contemporary art museum housed in the digs of a former power station on the west bank of the Huangpu River.  Although I am not a fan of modern art by a long shot, the museum had its highlights.  The use of the building architecture would be a plus.  I love re-purposing buildings and retaining a lot of the old structure to create a new space.   People watching too kept me busy — the museum was packed with a line out front, something I had not expected at all — and some of the hippest, most fashionable people of Shanghai were out in force.  I even found several pieces that I liked!  And yet the art installations of a block of 40-some black standing electric fans and the one of half empty paint cans, paint stained rags, and a half finished painted area had me scratching my head and wondering if I had taken a wrong turn and ended up in the supply cabinet.

On yet another day (I told you I was bucket listing — talk about action verb!) while C was in the care of the nanny I visited the Shanghai Railway Museum, the Duolun Cultural Street and the Lu Xun Memorial Park including the Lu Xun Museum and Mausoleum. I could hardly believe my luck with the weather — Shanghai wants me to see all of its places in the best way possible.