Malawi is one of the poorest countries on the planet, so the statistics and indices say. But like many things, a statement like this does not really give you the whole picture.  Malawi has a population of over 18 million.  That’s a lot of people.  But again, it does not give you a true sense of the country.  Since arriving in Malawi, I have had the opportunity to meet many people from all walks of life through my job, but also in day to day interactions.  I am impressed with the resiliency, kindness, work ethic, and joy that Malawians demonstrate despite some very difficult circumstances.  I decided to profile a few of the people I have met.  One thing I found interesting is that so many of those living in Lilongwe are not from here, though not uncommon in highly centralized developing countries.  Another is the number of single mothers I have had met.  Though I feel a connection to them, I know that my single parent path has been far easier than theirs. 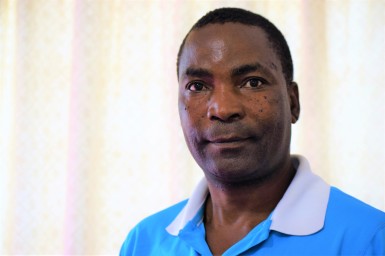 Samson, 50, is a tailor, mostly creating one-of-a-kind fashions from the traditional fabric called Chitenje.  Electricity is unreliable in Malawi, so he works quickly but with care using a manual sewing machine.  Samson grew up in Machinga district in the Southeast of the country, near Lake Chirwa.  He started working as a tailor at 16 years of age.  Once he turned 21 he relocated to Lilongwe with his wife and two year son.  Twenty-nine years later he and his wife, six children, three boys and three girls, and four grandchildren live in Lilongwe.  He loves working as a tailor because its the only work he has ever known and it has provided a good livelihood for him and his family.  Besides his family and work, he loves going to church and praying. 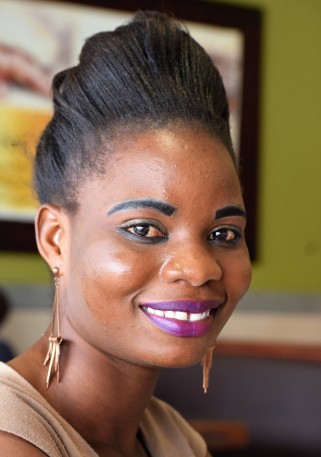 Ethel, 26, is a single mom of an 18-month old boy.  She is one of seven children, the third to the last.  Her oldest and youngest siblings passed away.  The oldest died of tuberculosis; she is not sure about the youngest, but it was an illness.  With the exception of an older brother in South Africa, the rest of her family remains in Malawi.  As a child she wanted to become a mechanical engineer, but she only finished primary school.  Originally from Blantyre, Malawi’s second city, she moved to Lilongwe in 2013.  Soon after arriving in the capital she secured a job at one of the largest and most popular supermarkets.  For four years she worked six and a half days a week at the supermarket, earning about US$35 a month after taxes.  That is until recently when she was suddenly let go.  Right now she dreams of moving to South Africa for work, to improve both her and her son’s life.

Boston, 32, works as a residential security guard.  One of eight children, with three brothers and four sisters, he grew up in a farming family in Nkhotakota, near the shore of Lake Malawi.  Unlike most of his family who remain in his home town, where they grow rice, cotton, maize, cassava, sugar cane, and beans, Boston moved to Lilongwe in 2010 to “seek greener pastures.” It was in Lilongwe that he met his future wife, who is from Balaka in the South.  Although there is some historical tension between Northerners and Southerners, his family completely embraced her.  In July 2017 they were married.  He and his wife are in no hurry to expand their family; they currently care for Boston’s 18 year old brother.  Boston loves reading, though books are sometimes hard to come by, and plans to do more with his life.  For a year he was taking tourism and hospitality courses, but just before he was to sit for his exams the school closed.  He is not sure his next steps. 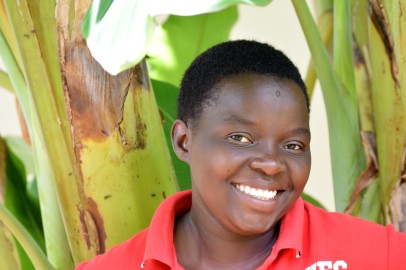 Grace, 27, works as a massage therapist.  She was born in Ntcheu, a central district in Malawi along the Mozambican border, but as a young girl her family moved to Mangochi for her father’s job.  At 18 years of age, her parents sent her back to Ntcheu to live with relatives before her arranged marriage.  Three months pregnant, her intended told her he was leaving and never wanted to see her again.  She returned to Mangochi, giving birth to her son, and made a living selling small traditional foods she prepared, such as banana fritters.  In 2009 a friend told her about an advertisement looking for staff to work at a spa.  With that job she received massage training.  Two years later she lost that job and moved to Lilongwe.  There she met her current husband and had her daughter.   She has big dreams for expanding her massage therapy business though often something as simple as her daughter landing in the hospital for several days with malaria can wipe out her savings. 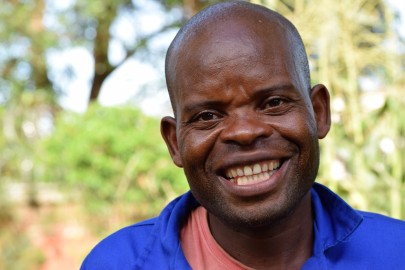 Stephen, 38, is quiet and unassuming.  Born in Thyolo district, in Malawi’s deep south, he does not recall dreaming of being anything when grown up other than a transport driver.  He shrugs and shyly explains he only finished his primary school certificate.   He moved to Lilongwe to start work as a gardener for an international development partner in 2008.  Although he had no formal training as a gardener, he learned on the job, until he could confidently care for vegetable and fruit gardens as well as flowers and decorative plants.  He worked for that employer for over eight years until a new person arrived and suddenly let all the staff go.   He and his wife Mary, from Nkhata Bay on the upper shores of Lake Malawi, have three children, one girl and two boys, aged 4, 11, and 14.   In his free time he most enjoys dancing with his wife to the latest popular music at home or at church.

Thoko, 25, works full time as a nanny and housekeeper.  Her name, Thokozani, means “thanks” in the Chichewa language.  She is also the single mother of a five year old girl.  Although born in Lilongwe, she still considers herself from Ntcheu as it is where her father is from and still lives, and where the majority of the Ngoni, her ethnic group, reside.  Her parents are divorced and both remarried, though she remains close with both of them.  Thus she has one brother, two sisters, two stepsisters, and three stepbrothers. Her mother is a housekeeper for a foreign diplomat and her father continues to farm in Ntcheu, growing tomatoes, cabbage, and Irish potatoes.  Thoko has worked as a nanny for seven years, beginning part time while she was still in secondary school, which she finished.  She hopes her daughter, Rejoice, will grow up to have a good family and a good job.  Thoko is already working hard to improve her and her daughter’s lives.  She saves a portion of her salary each month in her own bank account.  She recently started growing her own maize and has plans to buy her own land where she will build a house that some day she can gift to her daughter.  She loves music and singing, particularly in her church choir.

2 thoughts on “Faces of Malawi”